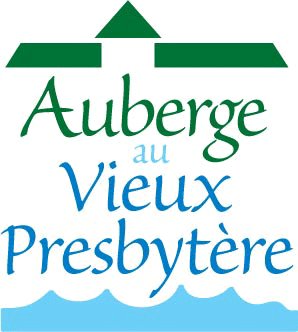 “Such a pretty spot by the water.
Inside a mixture of old and new –
Nice.”
(New Brunswick)

Our guests most commonly ask, “What is a Presbytère anyway?”
The short answer is that it is a residence for a priest.
The second question which follows quickly after the first is often,
“Why did a priest in 1880 need such a big house?”
Our inn, Auberge le Vieux Presbytère de Bouctouche, was in fact the first priest’s residence
of Bouctouche, New Brunswick yet it has served many other purposes over the years.
Read on to find out more about this exciting place.

For a more detailed history…

The oldest part of Auberge le Vieux Presbytère was built in 1880 by Father Michaud. He was the first resident pastor of the Roman Catholic Church
for this parish community. This rectory was situated next to an already existing church which was of gothic architectural design. Father Michaud
also supervised the construction of the convent (in the same gothic style) across the street in the same year. The convent served as a school
of learning for girls of south-east New Brunswick until the early 1960s.

In 1921, the church was destroyed by fire and in 1929 the rectory was converted into a centre for silent retreats with the addition of a two-storey wing
which accommodated 28 bedrooms. In 1944, a three-storey wing was added comprising the chapel (now a conference room), 14 more bedrooms, the
cafeteria and a large meeting area. At this time there were 50 bedroom – small monastic cells- in the retreat centre.  All meals were in silence. Serving
staff were not even allowed to look anyone in the eye for that would be communication.

Convent, church and the Presbytère, 1903

In 1969, the building was converted into a nursing home, first private and then government run, and continued as such until 1986, when the building was closed. A group of eight people from Bouctouche then purchased the building beginning renovations and
restoration in the spring of 1992. The Auberge Le Vieux Presbytère was opened for business on 1 May 1993. Ann Vickers and Raymond Drennan,
the present owners, assumed the care of this historic site in the spring of 2005. Today, this remarkable project is a sight to see and
we are pleased to accommodate guests from around the world.